Throughout time sports have had a great impact on the world in many different ways and even during the darker times of war, sports in general still managed to have a positive effect on everyone around. During the war many soldiers would use sports in the trenches to pass time and give them some enjoyment.

Football was also a popular form of recreation for troops on both sides and could boost morale. On 1 July 1916, men of the East Surrey Regiment, encouraged by Captain ‘Billie’ Nevill even went over the top kicking footballs. This was probably intended as a distraction for nervous young soldiers but was widely reported as a demonstration of British pluck.

Troops on the Western Front would spend considerable periods of time behind the lines. To keep men fit and active and to maintain morale, sport was encouraged and in many cases officially sanctioned. Football was widely used as a tool for recruiting men for the forces. 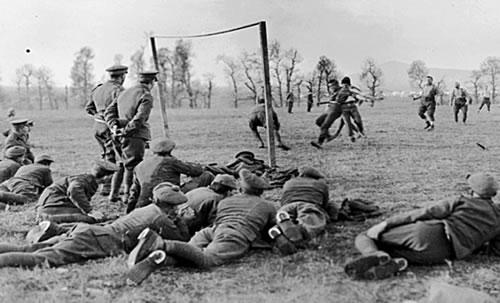 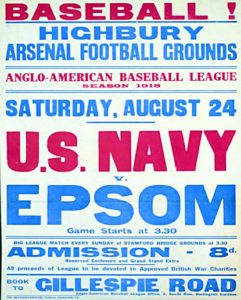 The arrival in Britain of American and other troops brought new sports such as Baseball and Australian Rules Football to the attention of the British public and it also helped bring together people from different countries. 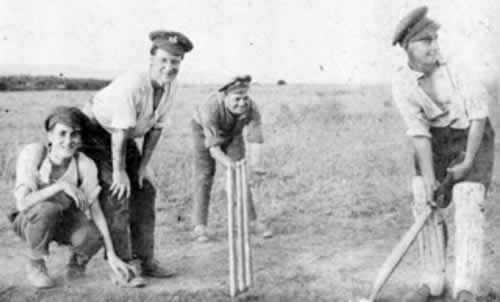 Through all the bad times at war, even when times were tough, sports were able to make the soldiers forget about all the horrific scenes witnessed on the battlefield.  Sports proved to be a sign of peace and friendship. Sports and the thought of their respected families were the things that many soldiers relied on to get them through their time at war and back home safely.

During the First World War, more than 900,000 women worked in munitions factories. Most factories employed a welfare officer to monitor the health, wellbeing and behaviour of their new female work force. Sport, specially football, was encouraged and many munitions factories developed their own ladies football teams. The most famous of these were Dick, Kerr’s Ladies FC in Preston. Founded in 1917, their matches drew large crowds. They continued to enjoy success until women were banned from playing in Football League grounds in 1921.

Alfred Frankland, who worked in the offices of the Dick, Kerr factory in Preston arranged for the women to play a game on Christmas Day 1917, in aid of the local hospital for wounded soldiers at Moor Park.  Frankland persuaded Preston North End to allow the women to play the game at their ground at Deepdale. It was the first football game to be played on the ground since the Football League programme was cancelled after the outbreak of the First World War. Over 10,000 people turned up to watch the game. After paying out the considerable costs of putting on the game, Frankland was able to donate £200 to the hospital (£41,000 in today’s money). 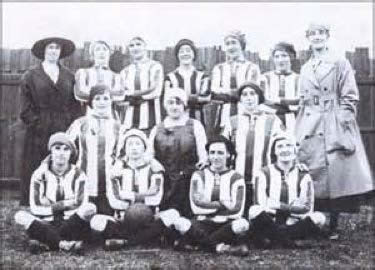