The ‘Sport Unites’ project was developed to commemorate one hundred years since the end of World War One and it specifically focused on the role of sport during the war. Over eighty people took part in the various aspects of
the project, which included attending learning sessions, completing a questionnaire, participating in football sessions and discussing the Christmas Day Truce. 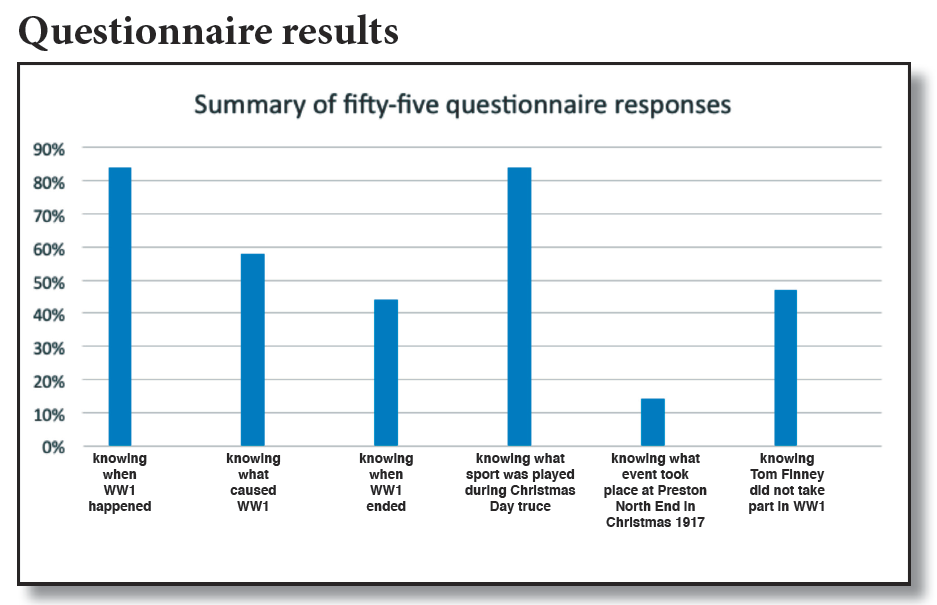 Through engaging in this project, many participants became more aware of the role sport played during World War One and the impact it had on bringing people and communities together both at home and abroad.
One outcome of the project has been an increased awareness of the role that Preston played in the development of football participation amongst women during the war. As a result of this, some women participants have discussed the idea of holding a football match in December 2017 to mark the one hundred year anniversary of the first competitive
football match of Dick, Kerrs Ladies Football team.