No sessions were organised

Sessions were organised during the winter months 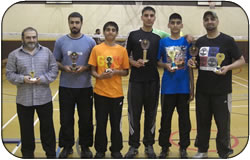 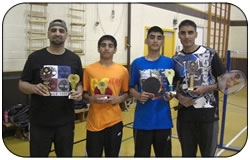 Winner and runners up of the Red Rose Badminton and Table-Tennis leagues for 2010/11.

Table Tennis Club – Red Rose SC has set up a Table Tennis club which now operates from Moor Park High School between September and June each year. The sessions take place on Thursdays, 6.30pm-8.30pm. Anyone interested in taking part should enquire at info@redrosesportsclub.org.uk before coming.